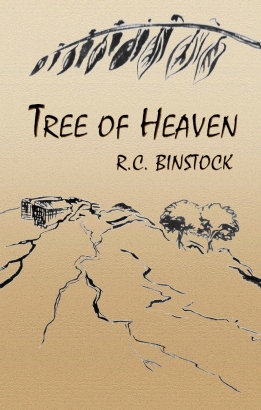 The year is 1938. The Japanese army has occupied Nanking. Kuroda, a reluctant officer trained as a botanist, is left in charge of a garrison town. When he comes upon a starving, filthy Chinese refugee about to be raped by his soldiers, a common occurrence, he does the remarkable: he rescues her and gives her his protection. Li has no choice but to accept it; she becomes his servant, and an extraordinary intimacy ensues.

This beautifully written novel explores the universal parameters of trust and fear, coercion and choice, guilt and forgiveness. It’s a moving tale of fateful love between a sensitive Japanese army officer and the homeless, ragged Chinese woman whom he rescues during Japan’s 1938 invasion of China…. Binstock’s stunning account of a doomed affair is wholly convincing both in its historical details and in its meticulous exploration of love, obsession and loss. — Publishers Weekly

Solder and captive live out a kind of love which is riveting to watch and deeply instructive. I’m left richly satisfied. – Reynolds Price, author of A Long and Happy Life and Kate Vaiden

A sensitive, impassioned love story set amidst the violence of Japan’s invasion of China in the 1930s, Tree of Heaven is disturbing, perceptive and as contemporary as today. – Lois Wheeler Snow, author of Edgar Snow’s China

I have rarely read a book that creates such a complex relationship between two people…. it felt like real lives being lived – so much ambiguity, so many things unresolved. Both captor and captive are strong and weak in surprising ways, experience fear and ultimately a kind of love, remember their families with deep and often conflicting emotions, feel so damaged by the horrors around them that they have trouble understanding who they are. The writing is exquisite, much of the description in simple declarative sentences that give every physical detail, every thought and emotion, tremendous immediacy. – Amazon.com reviewer

What's on my mind?